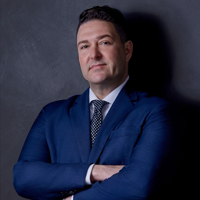 We are deeply saddened to announce the passing of NEL co-founding partner Zachary Daniel Norris. Zach leaves behind his wife, firm co-founding partner Ada Echetebu, their 4 year old daughter Olanna, and many beloved family, friends, clients, and colleagues.
Zach passed late Sunday night in Auckland, New Zealand, after an over 3 year long, hard-fought battle with terminal brain cancer. The firm will continue operating as usual, though we appreciate your understanding in this difficult time. We ask you to please respect the firm’s and his family’s privacy, and direct any inquiries or condolences to mfaber@nz-uslegal.co.nz .

Mr. Norris supports his clients’ US business and personal interests by providing a wide range of legal services such as US business immigration, trademarks, copyright, as well as commercial and civil litigation. He is particularly passionate about helping New Zealand and Australian companies succeed in the US markets.

Prior to co-founding Norris Echetebu Law, Mr. Norris was a successful litigator who focused on complex commercial litigation as well as personal injury litigation for both plaintiffs and defendants. His background in multimillion-dollar litigation in the federal courts of the United States and in the state courts of Texas provided him with invaluable insight into commercial risk mitigation, smart and sophisticated negotiation skills, as well as a value for diligent and vigorous client representation.

Mr. Norris hails from West Texas in the United States. He lived in Houston, Texas prior to moving to Auckland, New Zealand in 2011. He is an experienced public speaker, a first chair jury trial lawyer, and is a regular US Law contributor to the Auckland Law District Society journal and the American Chamber of Commerce New Zealand’s monthly newsletter. He also is a US law commentator to various New Zealand media outlets.